3 Engineers That Made History

The ancient Egyptian pyramids and the aqueducts of Rome prove that even the earliest engineers could build structures that defied the test of time!

These 18th century engineers created mechanical, electrical, and chemical engineering principles and designs that would forever change the way we live, work, think, and move.

Thomas Savery – In 1698, Thomas Savery patented an early version of the steam engine. Although Savery’s initial invention had almost no working parts, other engineers were able to build upon his creation and pave the way for other successful inventions.

Daniel Bernoulli – In 1738, Daniel Bernoulli devised a theory – the Bernoulli principle – that was regarded as one of the most important writings in the field at chemical engineering. His theory would become the basis for such inventions as the carburetor and the airplane wing.

Benjamin Franklin – Benjamin Franklin’s genius went far beyond his creation of bifocal lenses or his experiments with a key and a kite. In 1747, this founding father invented an electric wheel and went on to experiment with electricity. So we can probably thank him for indirectly inspiring Christmas lights!

To this day, engineering remains at the forefront of invention and progress.

Ziti Cards has been merrily creating customized Holiday cards for 10 years, including an exclusive line of Christmas cards for engineers. 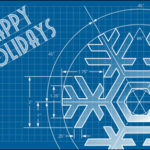 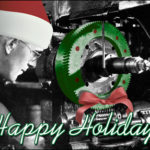 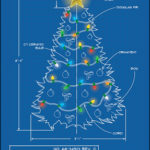 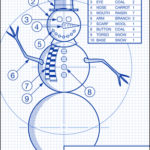 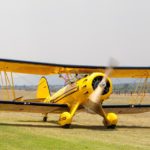